The Sports Gene: Hardware and Software 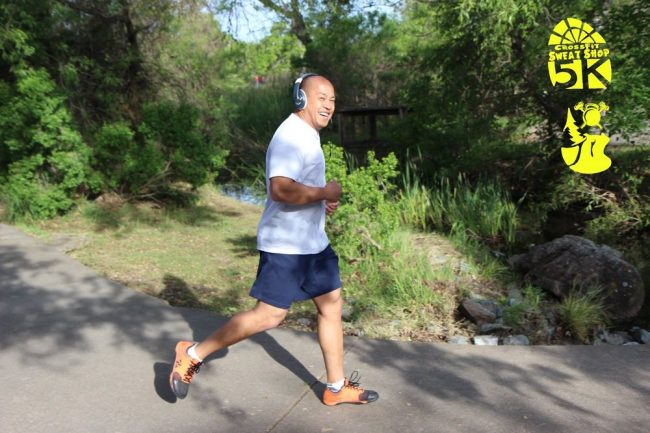 If you have any questions about hardware and software, Al’s got you covered!

I read this book a while ago and enjoyed it so much that I use it in one of the classes I teach at Saint Mary’s. If you are into sports, improving human performance, and want to dive into the factors that separate the best from the rest, this is a good one! I revisited a chapter this week with a new batch of students and I thought I’d share the interesting pieces that might be relevant food for thought. Be on the lookout for more posts on this.

You may have heard of the “10,000 hour rule”. This refers to Malcom Gladwell’s book on “Outliers”, who stated that this was the average numbers of hours of deliberate practice required to attain mastery of a subject or sport. In Epstein’s book, he brings up studies that were done to analyze this; some with sports skills like tennis, baseball, and some other activities like chess. The variance they found was pretty high. Some players needed around 3,000 hours and some needed around 22000 hours. These numbers suggest that, clearly, individual differences in levels of talent are huge factors that determine this. But what are these factors? What does being a “natural” entail physiologically and psychologically?  In one of the chapters in the book, Epstein tries to convey this concept as a story between “hardware and software”.

“Hardware” refers to your genetic makeup. Some well-known examples that are brought up in the text were muscle fiber types, stature, lung size, muscle size, tendon length while others included things like innate reaction time, eyesight, and personality. Without surprise, most often than not, those with a solid overall hardware have an easier time attaining skills, which can be referred to as the software. In a simple example, having a 2018 Macbook Pro has the potential to work much more efficient than 1981 Commodore Amgia with MS Dos typing in code. However, good hardware is useless without good software and vice versa. Sports skill acquisition does not happen without both specific genes and a specific environment. Most often, the best of the best have the right genes and the right environment coinciding at a specific time.

Some really cool examples included in the book are studies of chess players and that the chance of reaching the international masters level in chess was drastically reduced if the player did not start serious chess by 12 years. It didn’t matter how early they started, as long as it was before 12. It talked about how certain “chunks” must be learned and certain “neural connections” should be reinforced at that time. It brings up how the brain becomes less broadly flexible but more narrowly efficient over time. This is one reason why advocates of 10000 hours of deliberate practice seem to suggest training starting as early as possible. But, as we know, there is some more recent studies that show early specialization, barring sports such as gymnastics, is not only not required to make it to the highest level, but might best be actively avoided. It talks about how in some young and ridiculously fast sprinters, early heavy and specific training often leads to the athlete getting stuck in a certain top speed and running rhythm engrained. Once they reach this point, it’s hard to change once they reach the next level, where other’s might be just figuring out their stride. There are more and more really cool studies that you all might find relevant to maybe someone you know or your own personal athletic experience as well. I’ll just leave it up to you to read the rest in the book!

So what can be taken from this? From a coach’s perspective, the thing that resonates with me most is not simply understanding or identifying why the best are the way they are, but moreso, finding out how you can fully take advantage of anyone’s given hardware and software. To me, it’s clear that knowing more and more about your athlete is essential. While this text dives into the “perfect storm” of timing of genetics and the right environment, most all coaches and trainers don’t get their athletes and clients at the so called “perfect” time. Knowing more about your athlete’s current physical and psychological hardware traits allows you to pick the most appropriate training environment for skills to be attained for that individual. Physically, know your athletes make up. What are they strong and weak at? What areas need the most work? Do they have technical or mobility related issues that need to be addressed first? Are they missing some strength in an area? Just as important is know their mind. Get to know your athlete, how they responded to different situations, what their tendencies are and what makes them fired up, pissed, or things that bring them down. It’s easy for coaches to coach to the “masses” and standardize what they know has worked in the past. But a great coach will, to the best of their ability, recognize both the physical and psychological pieces that make up the athletes’ “computer”.