DJ was introduced to CrossFit early on in his life when he was playing football at Novato High School. His team used CrossFit a few days each week for their summer conditioning and also during the season to stay in shape. After finishing up his senior year of high school DJ took a break from doing CrossFit consistently. He focused on mainly strength training with a CrossFit workout sprinkled in from time to time. In the Fall of 2012 when DJ was a freshman at Saint Mary’s he took a weightlifting class taught by James Barber.  Seeing his potential, James suggested DJ come to the Sweat Shop. After a couple of months of deliberation and a Christmas present in the form of two months membership at the Sweat Shop from his parents, he decided to come to the Sweat Shop regularly and hasn’t looked back. DJ enjoyed the coaching and programming at the Sweat Shop and it provided him with a competitive outlet similar to when he played football. He has been consistently doing CrossFit since 2012 and even changed his major to Kinesiology to pursue a career in which he could coach others.  After interning at the Sweat Shop for over a year, in addition to earning his CrossFit Level 1 certification, DJ transitioned to being a coach at CrossFit Sweat Shop.  DJ graduated from Saint Mary’s College of California with a Bachelor of Arts in Kinesiology with and emphasis on Human Health and Performances in 2016. 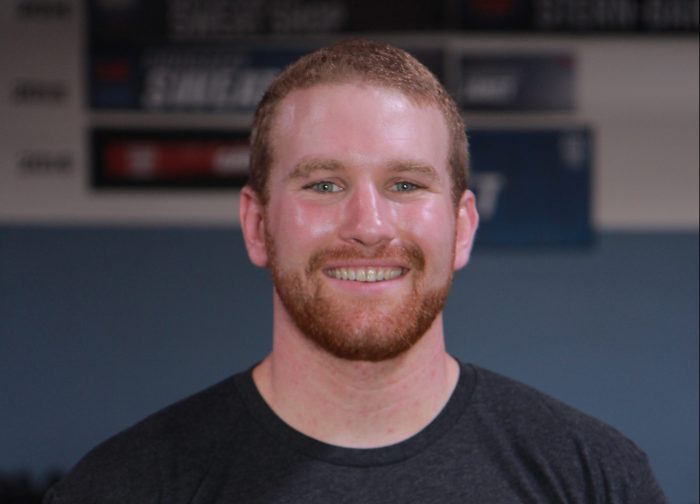