I saw this nice little read that should resonate with a lot of folks out in the fitness and sport world on the concept of approaching “plateaus”. The author uses an analogy of one of life’s more simple tasks; boiling water, and connects it with how we should view training to get over the hump or tipping point of whatever skill or goal we are trying to achieve. My favorite piece here is that he talks about how as humans, we can suffer from “commission bias”, when we can’t quite achieve something. We tend towards “action rather than inaction” and sometimes in a training scenario, action or changing it up, isn’t advantageous. While I think this is super important for the athletes to remember that some skills simply need more time and reps before you start “boiling”, so do the coaches when assessing the progress of their clients or athletes.

Here are some snit bits from the article but you can read the full post here.

Water boils at 212 degrees fahrenheit, or for my friends across the pond 100 degrees celsius. Water doesn’t care how much time or energy you invest into heating it – you can dedicate your life to the task but there still won’t be an outward change until the boiling point is hit. Does that mean the work required to get from 60 to 212 degrees fahrenheit doesn’t matter ? Of course not. ‘Results’ may only be seen when the water reaches 212 degrees, but that would have never occurred had the work to heat it prior not been done.

Similarly, the biggest breakthroughs in our training careers are always the result of previous actions which build up over time to create a tangible result. Not the 4 week squat cycles or nasty endurance peaking cycles which simply serve to leverage functional adaptations,  which can be defined as the transient adaptations where an increase in capacity results from an overabundance of stress. These adaptations occur on a short time scale, and can be thought of as an adaptive survival mechanism.

For example, in the mile run or 2k row we can deduce that fatigue is largely driven by our brains reaction to a build up of certain by-products. So, to combat this we can create a scenario in training with an ever increasing amount of by-product, and as a result week to week improvements in training will be driven by a need to survive this short term, transient, stressor, Once this stressor is removed, and a need to ‘tolerate it’ subsides then an athlete will return to a baseline state. This is why athletes see rapid gains when thrown on an aggressive training program, but lose these ‘transient’ improvements when they inevitably get burnt out or injured. In these cases they get a quick improvement via functional adaptation despite the fact that they’ve yet to develop structural adaptations to support these training loads. 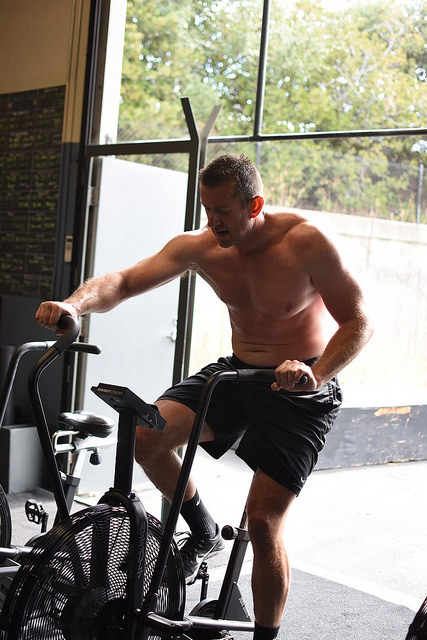 Art’s consistency in the “boring work” and driven by his motivation to stay as fit as he can, allowed him to come back from a full achilles rupture in much less time than most would.

However, if we apply these transient stressors without a high enough frequency, and at a proper dose, they will effectively become ‘environmental stressors’ which are potent stimuli which will elicit structural adaptations over time, which are changes to the muscle, bone, heart, lunge, mitochondria, and so forth. These changes changes allow our bodies to handle the demands of training, and sport, long term and are the base for which we can build new functional adaptations in the future. As such, we are always going through an overlapping process of functional and structural adaptations.

The trap athletes often fall into is making a few changes to their program, failing to see immediate results, and then stopping. To make a meaningful difference the work you are putting in needs to persist long enough to break through inevitable plateaus. What you as an athlete may experience as a static period doesn’t mean the work you’re doing isn’t having an effect. Like the water gradually heating, you are gradually changing under the hood.

As humans we suffer from what behavioral psychologists call a commission bias, which by definition is the tendency towards action rather than inaction. It’s hard for us to believe that the solution can sometimes be doing nothing. We as coaches are especially subject to this bias – we believe the only way to help in athlete is to always throw novel stimuli there way, when in reality they may be better off continuing to chip away at the same set of workouts week in and week out without much change.